As days go by, more and more people are discovering a sauce that they’d love to use in all of their dishes! What’s the new saucy craze everybody’s going loco over? It’s TAHINI! A sesame paste people are using as a replacement for salad dressings, sauces and more! It’s a tasty and healthy condiment.

Tahini or sesame paste came from ground sesame seeds that are toasted. Sesame seeds have been known to have health benefits. It has a peanut butter consistency and excellent taste. Many people often use it as a dip or sauce for famous and typical dishes. Some people are making it in their homes and add their preferred ingredients to enhance its taste. You can make a pasta sauce or dress your fresh salads with it.

Some blend it with garlic and chickpeas to form hummus. Love cookies and cakes? You can also bake it with tahini! 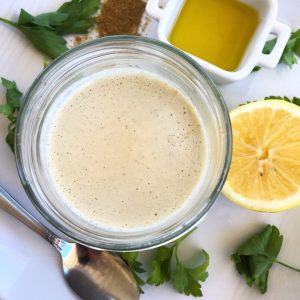 Who used it first?

It may seem like it suddenly popped out of nowhere, but it isn’t. Before it entered the global scene, some have traditionally used it. It’s actually a sesame paste used by people way back from Africa, Middle Eastern countries, some Asian countries, Turkey and Greece. They use it to give an extra kick in their dishes.

According to history, it originated from Iran (formerly Persia). For countries using the same Iranian dialect, tahini is better known as ‘ardeh.’ 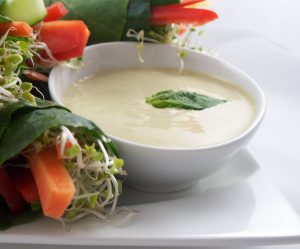 Why a lot of people love it?

When you’ve tried it, I bet you’ll never have to question why it’s been gaining attention throughout people with different nationalities. But for some of you who don’t know, I’ll give you a hint. It has a nutty taste and has a lot of claimed health benefits from its users. Having known that it came from nutritious sesame seeds, that should not be a doubt. 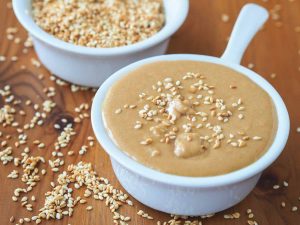 Tahini or sesame paste comes in two types, the hulled and unhulled one. They differ from how they’re made.

The unhulled tahini ought to be the best form of this new saucy craze. It’s because it came from whole sesame seeds. The nutrition is intact. It has more nutritional content compared to the other type. A tablespoon of unhulled onecontains calcium at about 88 milligrams.

Meanwhile, the hulled tahini is made from sesame seeds with the kernels removed. The kernels are the outer shell of sesame seeds. It may shred off some nutrition, but it has a more flavorful and creamier taste. A tablespoon of hulled one contains calcium at about 5-10 milligrams.

Some of its health benefits

Tahini comes with a lot of health benefits. Here are some:

You can buy tahini in a jar in some supermarkets, or if you don’t find one near you, some manufacturer offers it for shipping. But if you’re one meticulous person, you may make your own sesame paste at home.

To achieve a traditional tahini, roast sesame seeds in the oven for 6-10 minutes. Using a food processor, blend the roasted sesame seeds with olive oil. You’ll then achieve a creamy and fresh tahini.

August 10, 2017 by tahini
We use cookies to ensure that we give you the best experience on our website. If you continue to use this site we will assume that you are happy with it.OkPrivacy policy